You have completed your registration. Get ready to play!

You're almost done! Please verify your mobile number. If you signed up through an offer, your account needs to be verified to activate the offer.

Cancel
Sure
Close
This account needs to be activated

We have sent a code to both your phone and to the email address you used to create this account, please use it to verify your account. 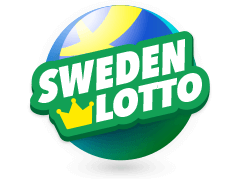 Why Should You Play Sweden Lotto Online?

Sweden Online Lotto is perhaps the most exciting headline among the Swedish gambling joints. The history of this reputable lottery game stretches back to 1896 when it was launched to provide the Swedish gambling lovers with dynamic yet fun lotto game. It boasts of a license from the Swedish gambling authorities and it is operated by a respected player in the industry_ Svenska Spel or simply Swedish Games. The Lottery is extremely easy to play given its 7/35 matrix plus 4 bonus numbers which are drawn separately to determine smaller prizes. With Bi-weekly draws held every Wednesday and Saturday night, this is an ideal lottery that continues to produce millionaires every week.

Where To Play Sweden Lotto Online

Playing Sweden lotto or any other internet-based game is quite easy given the technological advancements experienced in modern times. As such, there are numerous friendly platforms where you can buy Sweden Lotto tickets online. Sites like multilotto offer the perfect platform for players to purchase their lottery tickets. Players are given an opportunity to select their own numbers or have the "quick pick"feature select their numbers randomly.

Once you have purchased your ticket, there are many platforms on which you can log into your account and place a gamble. Whether via a laptop, an iPhone, iPad or a tablet the choice is all yours. Interestingly, you can enter into more than one draw implying that you are allowed to buy more than one ticket prior to the main draw.

How To Play Sweden Lotto Online

Playing Sweden Lotto is generally fun and entertaining. Nevertheless, there are some factors that you need to have in mind before jumping into buying the ticket. First, this is a 7/35 lotto meaning that a jackpot winner has to match a total of 7 numbers. However, the organisers of this game have packaged 2 lotto games, Lotto 1 and 2 into one game.

Lotto 1 tickets cost €2 while tickets for the combined option cost €3. Besides the 7 main numbers, there is joker batch that consists of 2 numbers specifically referred to as Dromvisten. Any lucky player who matches the seven numbers plus the Dromvisten numbers carries home an unbelievable cash prize.

Play Other Lotteries At Multilotto

Multilotto is home to a great collection of lotteries which have a huge following across the world. Here, you not only get highlights on the latest winners but also clear-cut statistics which will help you to make informed choices in terms of lucky numbers. Also, you will get an estimate of the possible jackpot draws of other big lotto games such as the USA Powerball and the Brazilian Mega-Sena Lotto. With a smooth website that is compatible with all devices, Multilotto is a friendly site where you can get all you need under one roof.

La Primitiva lotto, for instance, is well-covered. This Spanish lottery is one of the biggest in Europe boasting of a rich history that dates back to 18th Century. Its jackpot is won by matching 6 numbers from a pool of 49, while other low-tier prizes can be won by matching at least 5 numbers. New York Lotto is another renowned lottery game that is hugely followed not only in the USA but the entire world. It has a unique matrix of 6/59 where lucky players who match all the six numbers carry home incredible sums.

The idea of a Swedish national lottery was first actualised in 1896 when the first version of this game held its draw. In 1943, its profile was boosted after a state-owned enterprise (Tipstjanst) took over its operations. To date, this reputable lotto is run by a company known as Swedish Games. According to figures from the Swedish Lottery Commission, this game has been able to produce over 100 millionaires every year. The highest jackpot to have been won on this lotto is a whopping €27.9 million. If you want to pocket such a staggering prize, gaming statisticians have quoted 1 in 6,720,000 as the odds of winning the jackpot.