Vikinglotto Winner Stories That We Remember 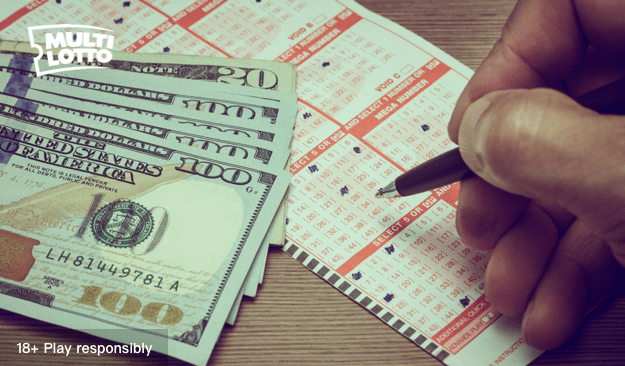 Vikinglotto was launched all the way back in 1993 and was known in Denmark as “Onsdags Lotto'' which translates to Wednesday Lotto. In Iceland, it went by the name Vikingalottó but is now known all over the world as Vikinglotto. Europe’s first multi-national lottery has grown immensely in both popularity and size over the years. Initially the lottery was played in 5 countries but as we now know it’s up to 9 participating countries. The jackpot starts at €3 million and goes as high up as €35 million which is the jackpot cap. There has been some truly astonishing jackpot wins on Vikinglotto over the years and today we want to look back at some of the notable wins that have taken place on this incredible lottery.

The biggest jackpot win happened in 2016 and the lucky players landed a whopping €44 million, this was before the jackpot cap of €35 million was implemented. 2 ticket holders, one from Denmark and one from Norway split the biggest prize in Vikinglotto history. They both matched the 6 main numbers and the international Lucky number and won €22 million each. Owned by a cooperative bank of 10, the Norwegian ticket holder in addition matched the Norwegian Lucky number to win another €10 million. The Lucky Number pots were replaced by the Viking number in 2017.

The second biggest win went to a woman from Oslo, Norway and she landed on the second biggest prize in Vikinglotto history which also made it the 3rd biggest lottery win in Norway. That particular jackpot had rolled over for almost 6 months before the Norwegian woman matched her numbers perfectly in November of 2017 and got to take home the extraordinary jackpot.

So, what is the third biggest prize across the participating countries you ask? Well, we will find that this one is also won by a lucky Norwegian. The man from Norway was the sole winner of the 3rd largest win in Vikinglotto history and managed to hit the €33 million jackpot in April of 2018. Now those are some seriously major wins to come out of this incredible lottery. That is only 3 of the biggest jackpots to be won on Vikinglotto but of course, there have been many more wins we can add to the list.  Like the man from Tromso in Norway that matched the 6 main numbers and both the international and Norwegian Lucky number pot in May of 2013. The jackpot which was won on a single ticket was worth an impressive €28 million. Other notable wins go as follows - April 2017 a group of 10 landed on the €24 million jackpot. November 2012 2 players, one from Denmark and one from Norway both matched the 6 main numbers and won the €15 million jackpot giving them €7,5 million each. In August 2013 a Danish player won €8 million which was the biggest jackpot to be claimed outside of Norway. We can go on however you now have a pretty good idea of what this legendary lottery has to offer in terms of jackpots and some of the greatest wins throughout the years.

Now to the important part, let’s go over how one bets on the outcome of Vikinglotto with Multilotto.

It could not be easier; All you need to do is choose 6 main numbers between 1 and 48 and your bonus number from 1-8, it will cost you a small amount of €0.80. Once you have purchased your lines you can sit back, relax and wait for the results. The draws take place every Wednesday at 21:00  If you don’t have a Multilotto account already, you can register right here  to gain access to lotteries from all around the world. You will find lotteries like the American giants Powerball and Mega Millions to popular European lotteries like 6aus49, Sweden lotto, Euromillions and many many more. If you are a customer but haven’t downloaded the Multilotto app, you can do so by clicking here, the app is free and available on iOS and Android devices. The user-friendly Multilotto app is perfect if you are looking to get instant news and results about not just Vikinglotto but lotteries from all across the world.

What is Bitcoin and How Does it Work?