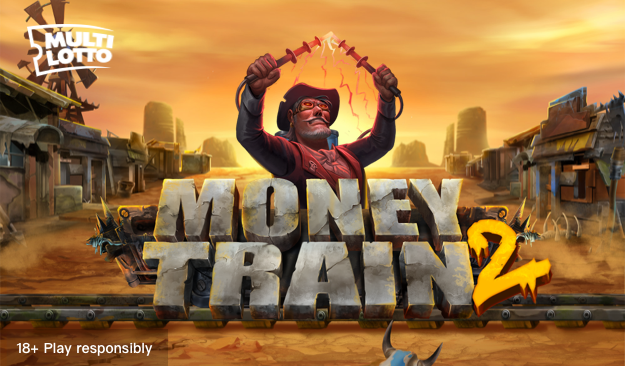 Are you a keen online slots game player? If so, have you heard about a game called Money Train 2?

Money Train 2, based on the wildly popular game, Money Train, is an immersive and exciting game established on a Wild-West theme, specifically, heading out west to search for gold. The developer, Relax Gaming, describes the original Money Train game as a wild ride as you “join the Wild West gang and its notorious leader, debt collector, TNT expert and gunslinger on their way to the Money Train.”

And Money Train 2 is described by its developers, Relax Gaming, as “one exhilarating train ride your players won’t want to miss! Back with bigger win potential and base features that keep more than the reels rolling... Money Train 2 offer[s] the adventure of a lifetime.”

Consequently, let’s expand on the theme and the gameplay to win when playing the game. At the outset of this discussion, it’s important to note that Money Train 2 is more complicated and has an updated look when compared to the original Money Train online slot.

The power of online slot games

Even though most online casinos' success rates and numbers are carefully guarded, it is believed that online slots add a higher percentage to the company's top and bottom lines than they do for the land-based equivalent. On average, brick-and-mortar casinos report that 30% of their revenue comes from slot machines.

The arrival of an affordable computer in the 1980s heralded the birth of the computerized slot machine found in brick-and-mortar casinos today. At the same time, the first computerized casino games were developed. These games allowed players to bet pretend money on rudimentary games. It was only in the 1990s when the Internet began to grow and became popular that the forerunners of the online casino games as we know them today were first developed.

The modern slot online slot game is essentially a video game that incorporates slots in its gameplay. These video slots have continued to become more potent with bright, vibrant, and intricate gameplay due to the continued development in the design of more powerful GPUs (Graphics Processing Units) or graphics cards.

Wild West slot games are gaining in popularity and the latest release from Relax Gaming is no different. This game, along with all their other titles, is cementing Relax Gaming’s position as an innovative online game designer and developer.

In order to define an immersive slot game, it is necessary to consider a definition of an immersive experience for the concept is the same. It is just the environment that is different.

Thus, when playing Money Train 2, gamblers are immersed or drawn into a futuristic, steampunk Wild West theme, and they experience parts of the game as if they were living in the time of the Wild West and going on a wild ride to the Money Train.

The game opens with an image of the futuristic, rickety steam train arriving in town. Ergo, the gunslingers having taken the Money Train to the nearest town. And it is your role to beat them in their quest to land big rewards. You can board the train by placing one or more bets from 20 cents to €20 per spin. 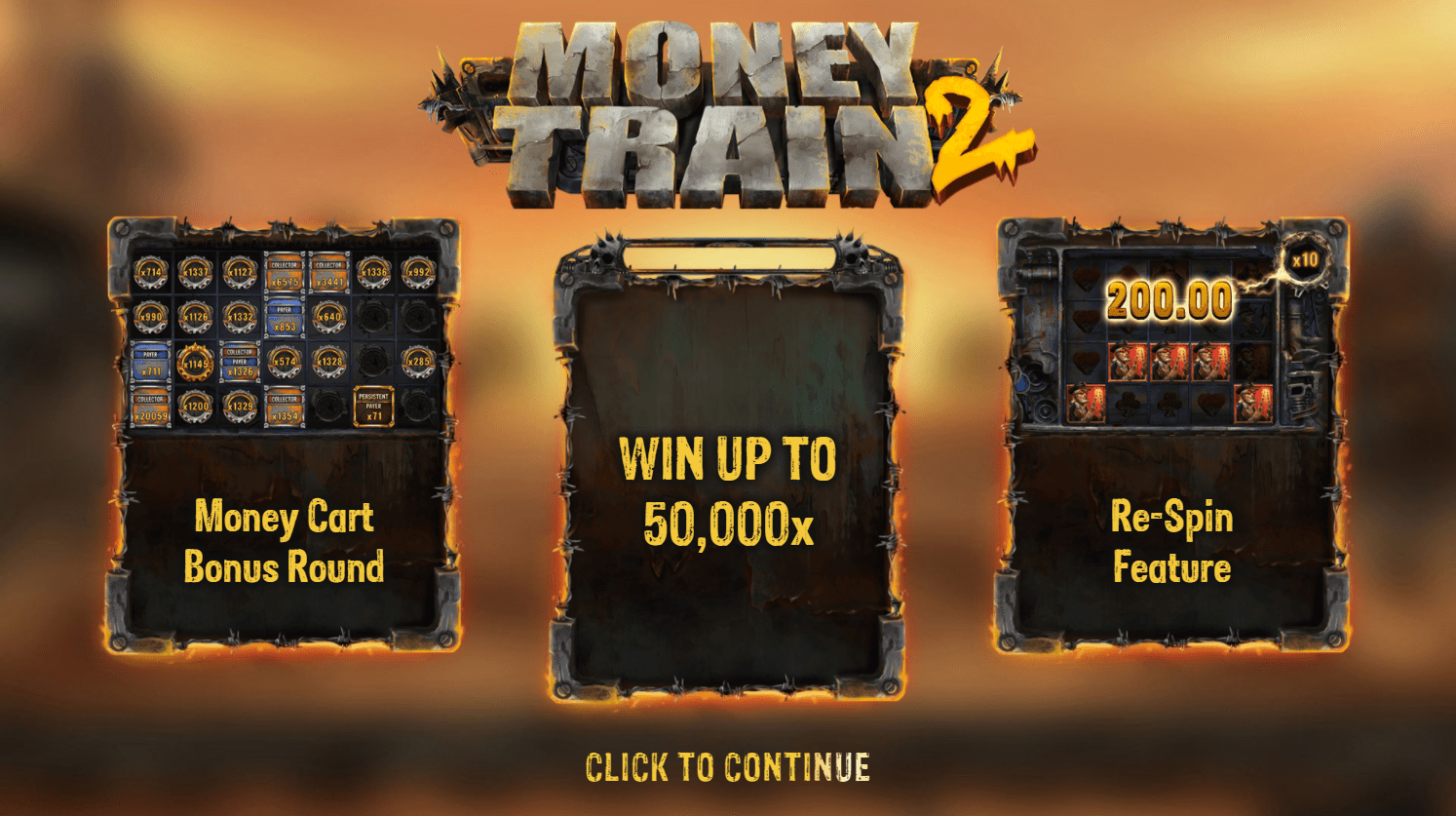 You can place a bet on as many of the 40 pay lines on offer. The train hosts the 5-reel, 40 pay-line game area. The next step is to spin the reels by clicking on the button. At least 3 of the iconic symbols that have been updated must match up across the 5 x 5 grid to win. The low paying symbols include diamonds, clubs, hearts, and spades, while high paying symbols include the female payer, the green-backed sniper, a tough guy collector, and the necromancer. The exhaust pipe capped skull is the wildcard that shares the same value as the necromancer.

There are plenty of bonus features, including free spins and a multiplier. If you reveal bonus symbols like the Reset Plus, Persistent Sniper, Sniper, and Payer while playing, you are in line for a number of unique rewards. Also, each win recharges your free spin total.

As an aside, a video slot’s gameplay mode is defined as the “specific way in which players interact with a video game.”

The Money Train game is known as a 5-reel high-volatile slot with 40 fixed pay lines.

What does this mean?

The slot volatility is partnered with another phrase, variance, and both determine the online slot game’s behavior, including the level of risk involved in the game, how frequent the payouts are, as well as the amount paid out.

Additionally, a game’s risk profile is divided into three levels, low-risk, medium-risk, and high-risk. Thus, if you only have a small gambling budget, it is a good idea to play games with a low-risk profile so that you can extend your gameplay with small but frequent wins. 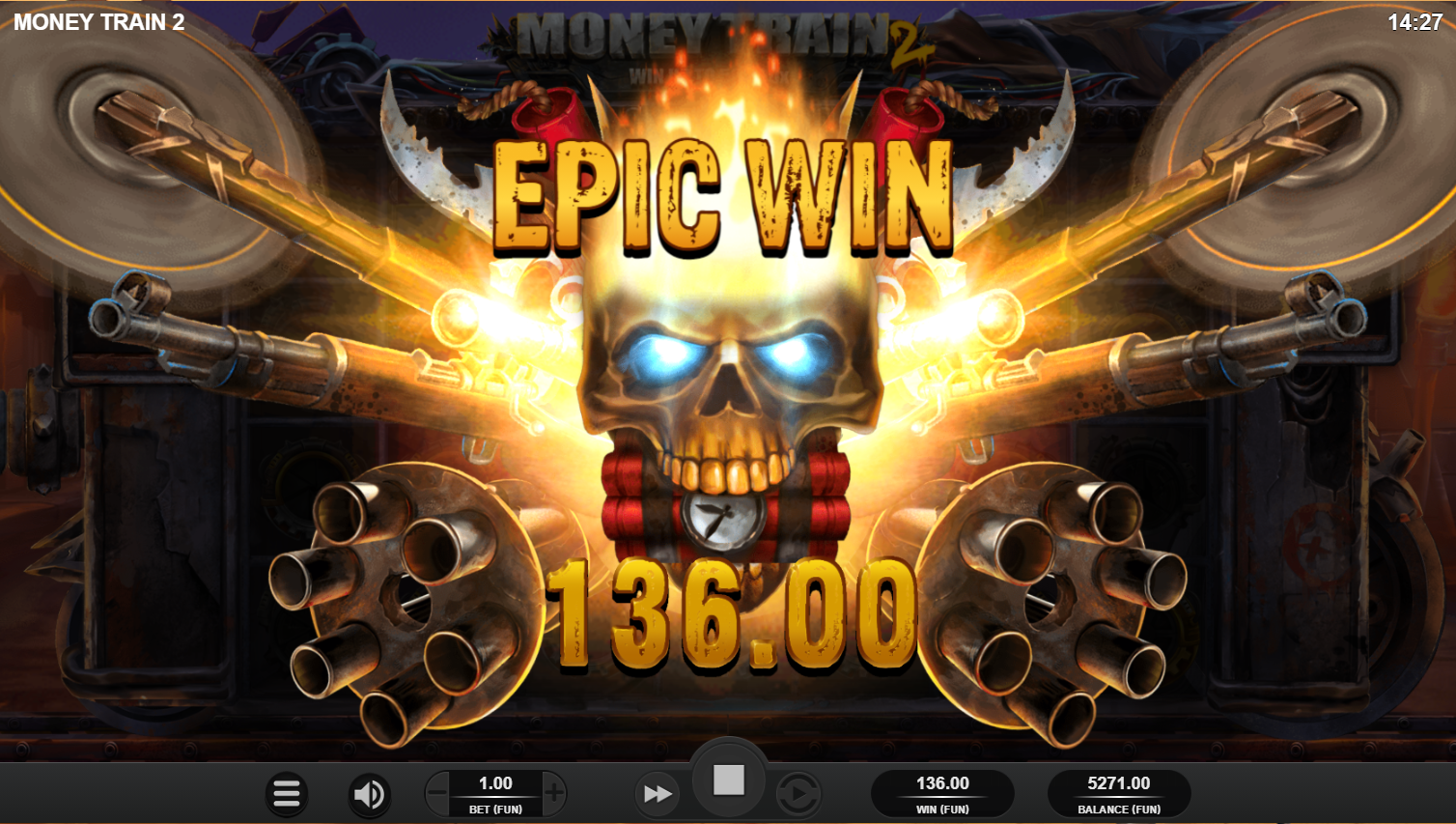 There are benefits to playing high-variance slots, especially if you enjoy high-action, high-risk games. The payouts are fewer, but the individual amounts paid out are often much greater.

Money Train 2 has 40 fixed pay lines and pays out up to 50 000 times the initial bet. In other words, to quote the old adage, when playing this slot, you either “go big or go home.”

In order to understand what a fixed pay line is and how many lines a particular game has, we have to consider the slot game’s composition. All slot games include the following:

The balance: This is the total amount of money you have available to place a bet.

A paytable: The table showing what a single pay line can win

The bet per line: The size bet you should place per line for your next spin

The number of pay lines: Players can choose how many lines they want to bet on for the next spin. Money Train 2 has a maximum of 40 pay lines.

The Reels: These parts of the game show the symbols and spins.

The maximum bet amount: The bet per line multiplied by the number of pay lines wagered on

Finally, other important features include a display box and the play/spin lever or button.

Money Train 2 is filled with unique gaming features, designed to attract players from all walks of life. As described above, it is a high-risk game. There are benefits to playing high-variance slots. However, it is essential to mitigate the risk of losing large amounts of money by gambling in moderation. As the mantra states, “winners know when to stop.” Finally, there is nothing else to say, except, have fun.

Navigating a Post-COVID-19 World: 5 Tips to Help You Play the Lotto Online